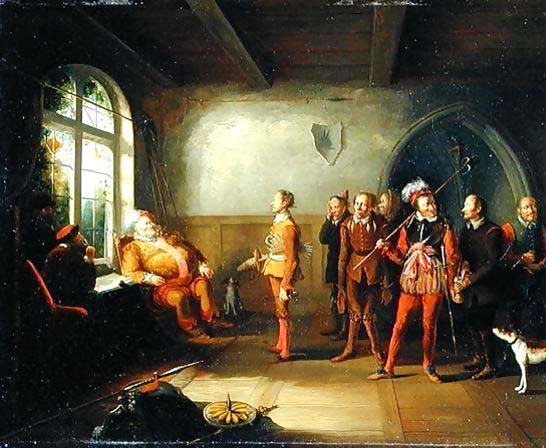 The Henry IV part 2 summary is a continuation of Henry IV Part 1, as the third play of Shakespeare’s tetra-logy it is an extended version of the events following the king’s victory at Shrewsbury and his continued fight with rebellion. The play also ends with Prince Hal crowned King Henry the V. The second installment of Henry deals more with common comical characters such as the lowly Falstaff and Prince Hals perceived unruly tryst with world of commoners.

The play begins with a personification of rumor claiming he will spread the word that prince Hal has died in battle and not Hotspur.  However as proper facts would have it, King Henry has won a decisive victory over the rebels leads by Henry Percy of Northumberland aka Hotspur who was killed by Henry’s son, Hal the Prince of Wales.

The Earl of Northumberland is given the bad news by Lord Hastings that the battle was lost and Hotspur his son is dead. An aggrieved Northumberland vows vengeance against the king. Lord John Coleville one of the rebels mentions that the Archbishop of York has survived and can still be useful to the rebel cause.