Elizabethan Theater Facts, you should know 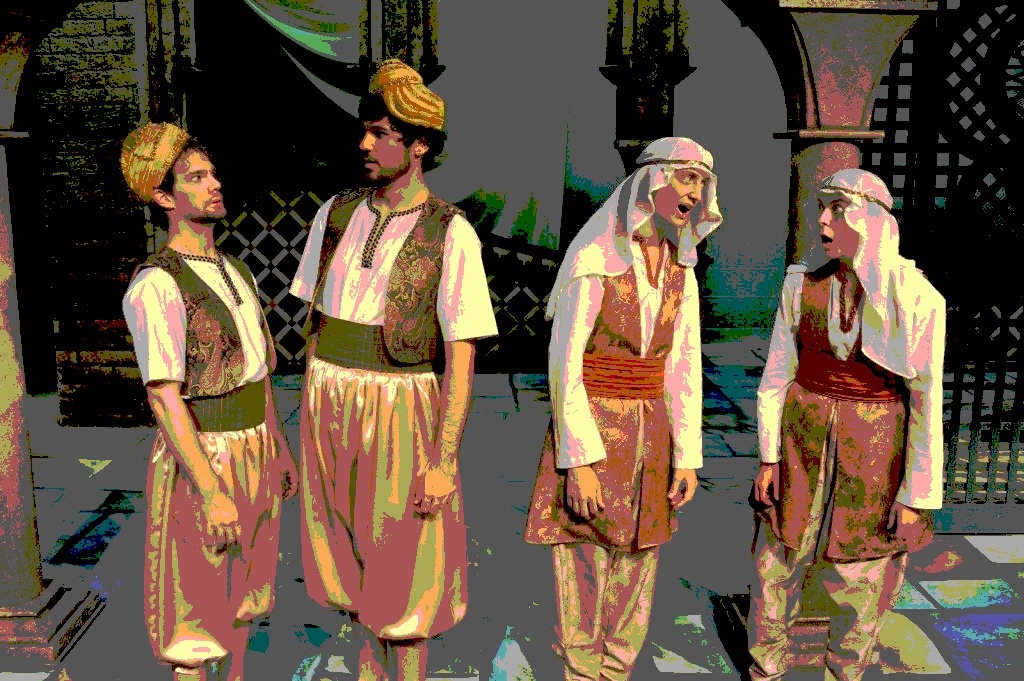 The Elizabethan theaters were primitive concerns, large wooden sheds, party thatched with rushes, a flagstaff on the roof, and surrounded by a trench. They stood along the bank of the Thames and gave rise to a good deal of vexation to quiet citizens in the neighborhood. Around these play-houses in the afternoons, the narrow winding streets were so crowded by noisy, frivolous groups of people that business suffered in the shops, processions and funerals were obstructed, and perpetual causes of complaint arose.

Inspite of objections by the residents, and bitter criticism by the Puritans, theatres multiplied rapidly. In 1633 there were nineteen permanent theatres in London which for a town of 300,000 inhabitants sufficiently indicate the keen interest taken in the drama.

The private theatres were designed on the model of the Guild Halls; the public theatres on the model of the Inn yard. The private theatres were more luxurious, being fully roofed and seated. In the public theatres, on the other hand, the auditorium, as in ancient Greece, was open to the sky, only the stage being roofed. Thus, the pleasure of seeing the play in the bad weather was marred.

There were no tickets. An amount of five pence in modern reckoning admitted a customer to standing room in the yard. Rich spectators watched the performances from boxes on each side of the stage, paying about twelve shillings for the privilege of a seat. In an upper box was the orchestra of the Globe theatre, the largest in London, composed of ten performers with different instruments.

The fashionable part of the house was on the stage itself. There sat the royal patrons of the theatre, Essex and Southampton, with their friends. Here also sat the dramatic poets of the time to whom was accorded a free pass. Most important of all from our point of view were the shorthand writers, in the pay of piratical booksellers, who took down the dialogue, under pretence of criticizing it, and thus preserved for posterity many plays that otherwise would have been lost. There was a ceaseless chatter of conversation between the fashionable spectators on the stage, interspersed with calls for drinks and lights for their pipes. Smoking went on throughout the performance. The actors and the audience, however, accepted these interruptions without much protest.

A trumpet-blast started the performance. Then came the prologue spoken by an actor in a long black coat. The performance of a tragedy was signalized by draping the stage with black; for a comedy, blue hangings were substituted. A Placard hung upon one of the stage doors, indicated the scene of the play – Venice or Verona. With the change of scene, the placard was changed. To keep up the spirits of the audience, there was a jester to dance between the acts.

No women ever appeared on the stage, and very few women went to see the performances. The theater was far too rough a place for decent women. The queen summoned the players to quote on special occasions; and Shakespeare’s company often gave a “command” performance. Hence in some of the plays. Like A Mid summer’s night dream and The Merchant of Venice flattering allusions are made for the benefit of the queen.

The stage consisted of a bare platform, with a curtain across the middle, separating the front from the rear stage. On the rear stage, unexpected scenes or characters were presented to the audience by simply drawing the curtain aside. At first little or no scenery was used, and this very lack of scenery led to better acting since the actor had to be realistic enough to make the audience forget its shabby surroundings. By Shakespeare’s day, however, painted scenery has appeared. Thus, the stage was no longer colorless or dull. It was hung with tapestries and curtains which affected the emotional response of the audience. The actors wore splendid cloths, largely inherited from nobleman; music, fireworks, guns, and thunders were all used to suggest atmosphere and to give color to eye and ear. There were contrivances for descents from heaven and for mounting aloft; there was the pageantry of processions and tableaux, and there were properties which could be used to represent imaginary scenes. The audience was expected to imagine a lot, and to respond to an aesthetic experience as the result of seeing a stage and the properties representing imaginary scenes in which actors created characters and incidents by making the words of an author come alive.

In addition to this information above regarding the simplicity of staging plays, very few people could read which is why Will’s plays were so explicit and descriptive so as to inform an audience of what was going on. The Elizabethans said they were going to “hear a play” not (like we do now) going to “see a play.”

Vote Up1Vote Down  Reply
Back to top
Succeed with Literature:Essential Tips to get success with English Literature. Submit your Email Now.
wpDiscuz
We use cookies to ensure that we give you the best experience on our website. If you continue to use this site we will assume that you are happy with it.Ok