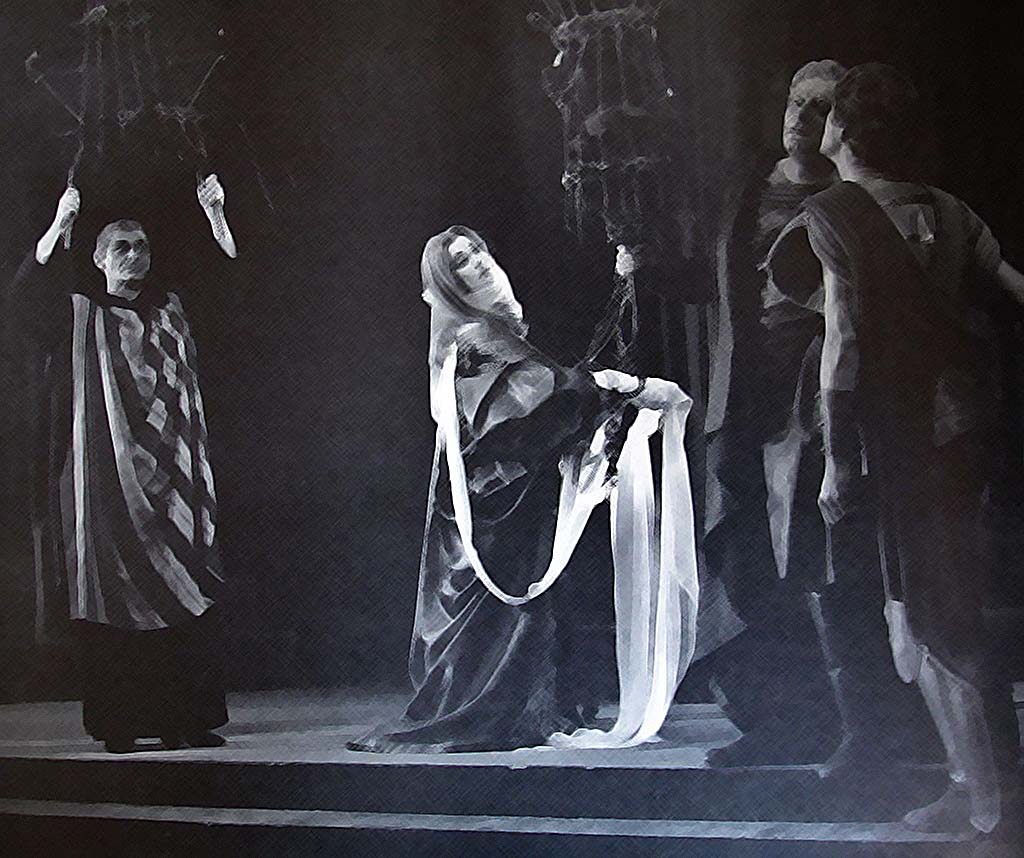 Shakespeare’s poetic and dramatic career has been divided into four periods corresponding to the growth and experience of his life and mind. These divisions are as follows:

To this period belong: Titus Andronicus; Henry VI (three parts); Love’s Labour’s Lost; Comedy of Errors; Two gentlemen of Verona; Richard III; Richard II; Romeo and Juliet. To this period belong also the two poems: Venus and Adonis and The Rape of Lucrece. The work of this period is, as a whole, extremely slight in texture; the treatment of life is superficial; there is no depth of thought or characterisation; and the art is evidently immature. The work is characterised by youthful exuberance of imagination, by extravagance of language, and by a constant use of puns, conceits, and other affections.

The works of this period are: King John; The Merchant of Venice; Henry IV (Part I and Part II); Henry V; The taming of the Shrew; The Merry Wives of Windsor; Much Ado about nothing; As you like it and twelfth Night. These plays show a rapid growth and development in the poet’s genius. They reflect a deeper knowledge of human life and human nature; the characterization and the humour have become more penetrating; thought has become weightier; thyme has largely been abandoned for prose and blank verse, and the blank verse itself has lost its stiffness.

Shakespeare Plays Period of the tragedies, and bitter comedies (1601-1607)

To this period belong: Julius Caesar; Hamlet; All’s Well that Ends Well; Measure for Measure; Troilus and Cressida; Othello; Lear, Macbeth; Antony and Cleopatra; Coriolanus; and Timon of Athens. This is a period of gloom and depression and it marks the full maturity of his powers. His dramatic power, his intellectual power, and his power of expression are at their highest. This is the time of his supreme masterpieces. His attention is, however, occupied exclusively with the darker side of human experience. This Sins and Weaknesses of man form the theme of his plays; the emphasis is thrown on evil and the tone is either grave or fierce.

Shakespeare Plays: Period of the Fine Comedies or Dramatic Romances (1608-1612)

The plays of this period are: Pericles; Cymbeline; The winter’s tale; The Tempest; and the unfinished Henry VIII. During this period the temper of Shakespeare has changed from bitter and gloomy to serene and peaceful. The heavy clouds have melted away from the sky. A tender and gracious tone prevails. The groundwork is still furnished by tragic passion, but the evil is no longer permitted to have its way. The evil is controlled and conquered by the good. At the same time, they show the decline of Shakespeare’s dramatic powers. They are often careless in construction and unsatisfactory in characterization, while there is a decline in style and versification also.