Shakespeare Sonnet 59 Analysis, If there be nothing new, but that which is

If there be nothing new, but that which is
Hath been before, how are our brains beguiled,
Which, lab’ring for invention, bear amiss
The second burthen of a former child!
O that recórd could with a backward look,
Ev’n of five hundred courses of the sun,
Show me your image in some ántique book,
Since mind at first in character was done,
That I might see what the old world could say
To this composèd wonder of your frame;
Whether we are mended, or where better they,
Or whether revolution be the same.
O sure I am the wits of former days
To subjects worse have giv’n admiring praise.
– WIKI 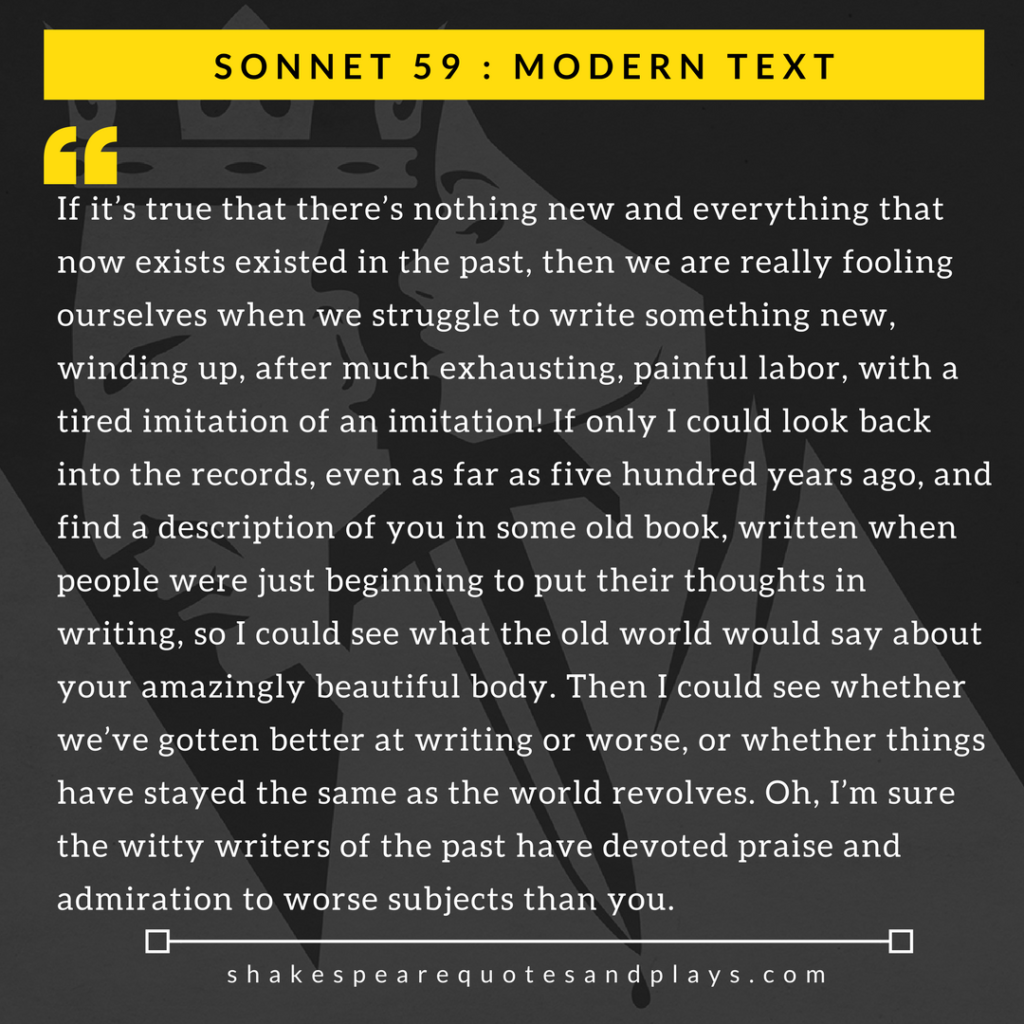 The poet says if in the present there is nothing new “If there be nothing new” and since everything exists now “but that which is” has existed also in the past, “Hath been before then” we are actually fooling ourselves “our brains beguiled,” by struggling uselessly to write new things that is a labor of hard and painful work “lab’ring for invention” but ultimately producing a copy of a copy (he means the present is an imitation of the past that he compares to a former child “second burthen of a former child!”

He says if he could look back into records “record could with a backward look” of five hundred years ago “of five hundred courses” and find any description of the fair youth “Show me your image” in an ancient book “in some ántique book” written at a time when people just began to write their thoughts, “mind at first in character was done”

Then he would see how the ancient world would describe “might see what the old world” could say about the wonderful beauty of the youth’s body “composed wonder of your frame;” He would be able to compare if the writing of the present was better or worse “we are mended, or where better they” and if things remained the same or do the world evolve “whether revolution be the same.”

He then says he is sure past writers “I am the wits of former days” were devoted to praising and admiring subjects who looked worse than the fair youth “subjects’ worse have giv’n admiring praise.”