Shakespeare Sonnet 35, No more be grieved at that which thou hast done. 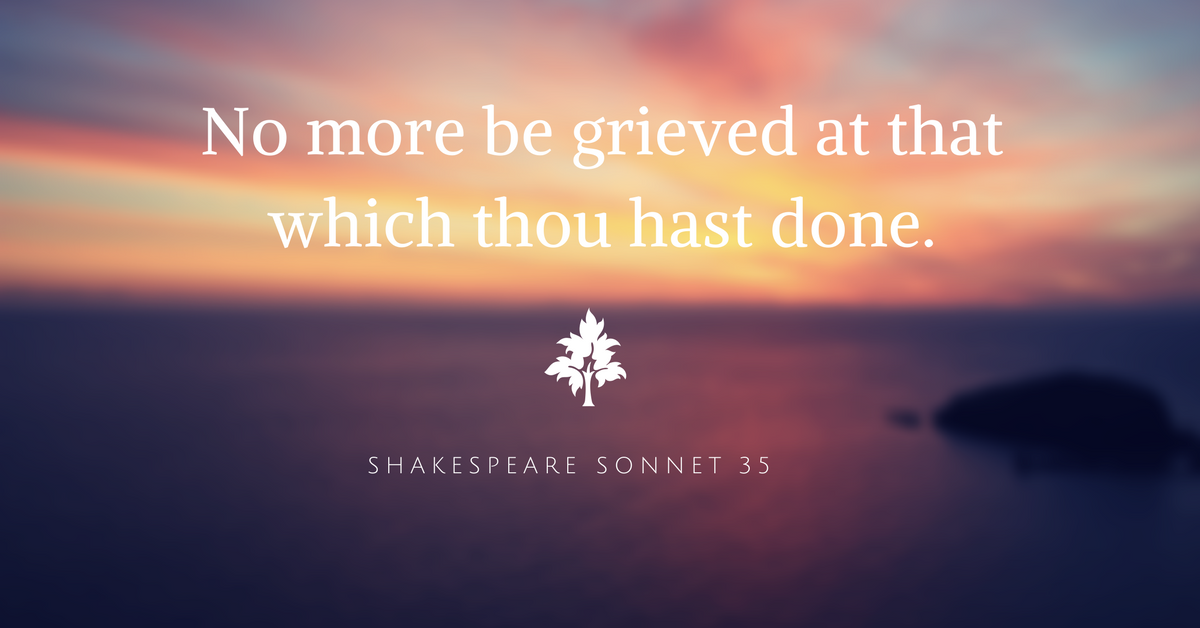 This is a short summary of Shakespeare sonnet 35. Continue reading for complete analysis and meaning in the modern text. For the complete list of 154 sonnets, check the collection of Shakespeare Sonnets with analysis.

No more be grieved at that which thou hast done.
Roses have thorns, and silver fountains mud;
Clouds and eclipses stain both moon and sun,
And loathsome canker lives in sweetest bud.
All men make faults, and even I in this,
Authórizing thy trespass with compare,
Myself corrupting, salving thy amiss,
Excusing these sins more than these sins are.
For to thy sensual fault I bring in sense—
Thy adverse party is thy advocate—
And ‘gainst myself a lawful plea commence.
Such civil war is in my love and hate
That I an áccessory needs must be
To that sweet thief which sourly robs from me.
WIKI 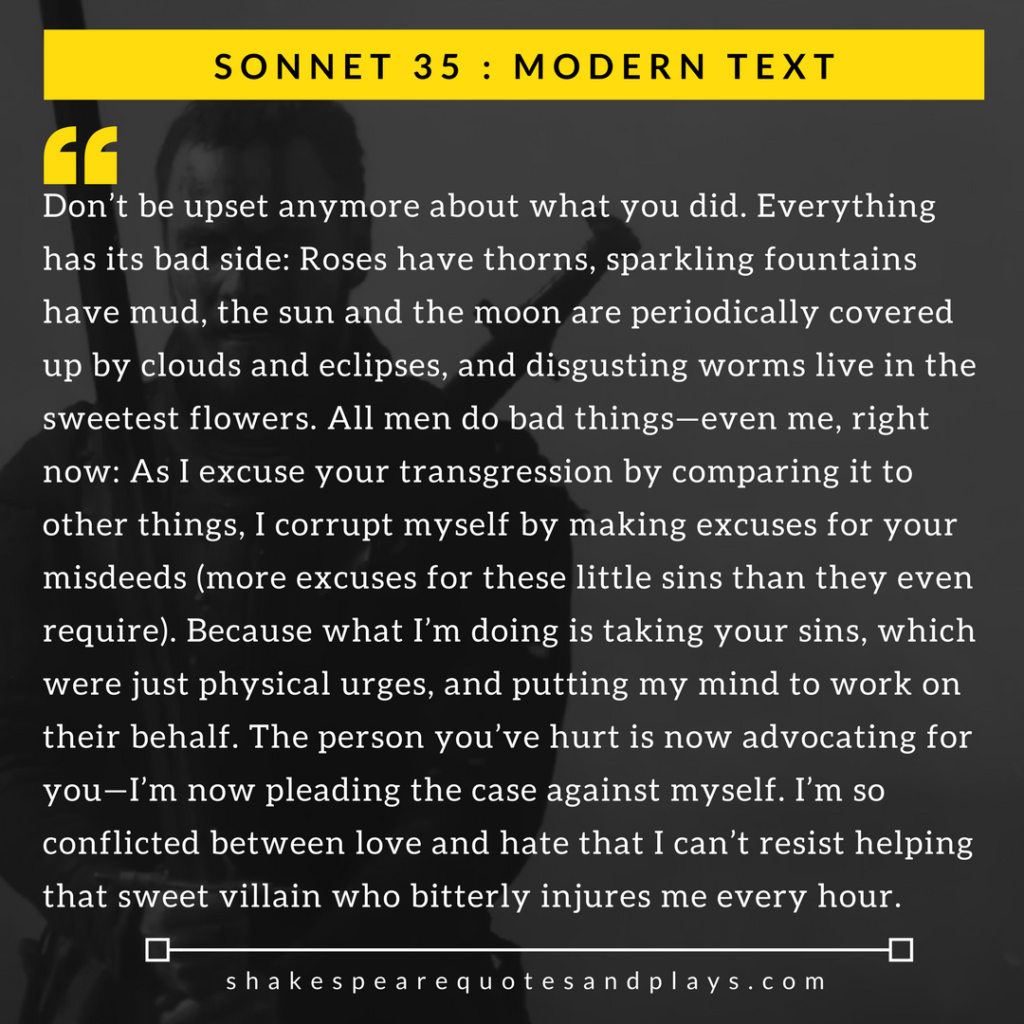 In an extension of his reconciliatory theme of sonnet 34, Shakespeare tells his friend not to feel ashamed at his mistake “No more be grieved” since everything has a bad side which he compares with the thorns on a rose bush “Roses have thorns” and fountains which filled with mud “silver fountains mud.” He continues the comparison describing how the sun is covered by ugly clouds and the moon with eclipses “Clouds and eclipses stain both moon and sun” and sweet smelling flower buds that contain worms “canker lives in sweetest bud.”

He says that all men make mistakes “men make faults” and even he “even I” by justifying his friend’s mistakes “Authorizing thy trespass” is committing a mistake of his own “Myself corrupting”, by covering up someone else’s misdeeds “salving thy amiss” He is also providing too many excuses “Excusing thy sins” which outnumber the faults “more than thy sins are;”

He tells his friend that he is defending him “sensual fault I bring in sense” by justifying his mistakes with reason and that the person whom his friend has hurt (which is the poet), “Thy adverse party” is actually the one speaking in his favor “is thy advocate,” And that he is now arguing with himself “gainst myself a lawful plea” to justify the mistakes of his friend saying he experiences mixed emotions “civil war” which are both love and hate

And by doing all this, he is now become an accomplice “I an accessory” to the very person who likes a thief “that sweet thief” has robbed him of his happiness “robs from me.”