Shakespeare Sonnet 78 Analysis, So oft have I invoked thee for my muse 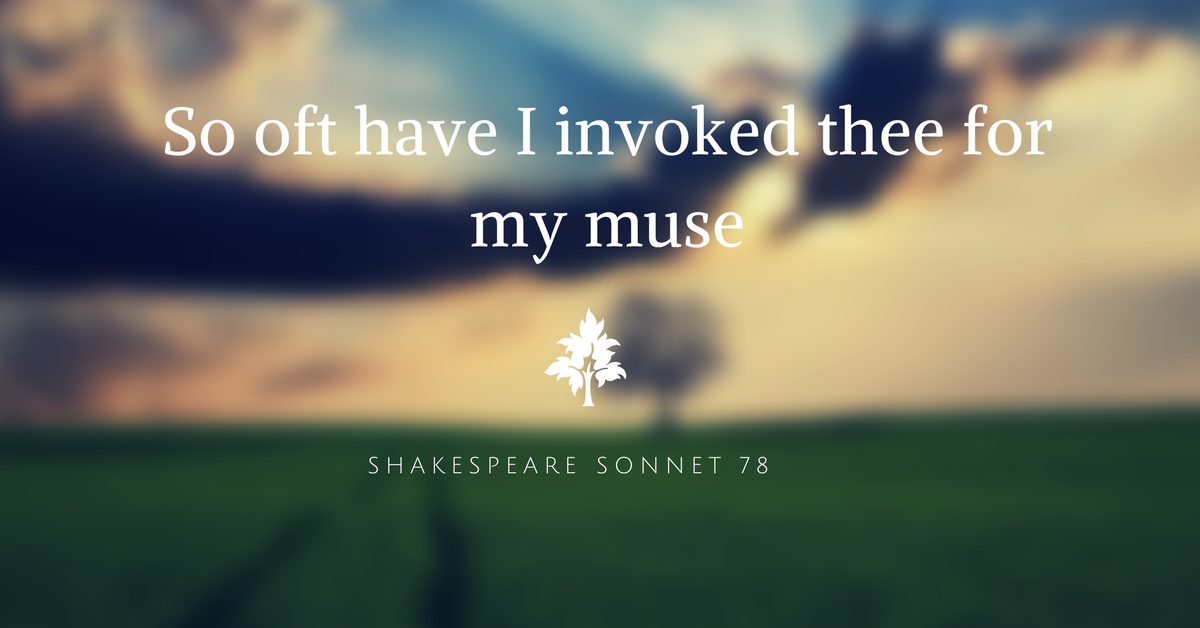 So oft have I invoked thee for my muse,
And found such fair assistance in my verse,
As every alien pen hath got my use,
And under thee their poesy disperse.
Thine eyes, that taught the dumb on high to sing,
And heavy ignorance aloft to fly,
Have added feathers to the learnèd’s wing
And given grace a double majesty.
Yet be most proud of that which I compile,
Whose influence is thine and born of thee.
In others’ works thou dost but mend the style,
And arts with thy sweet graces gracèd be;
But thou art all my art, and dost advance
As high as learning my rude ignorance.
–WIKI 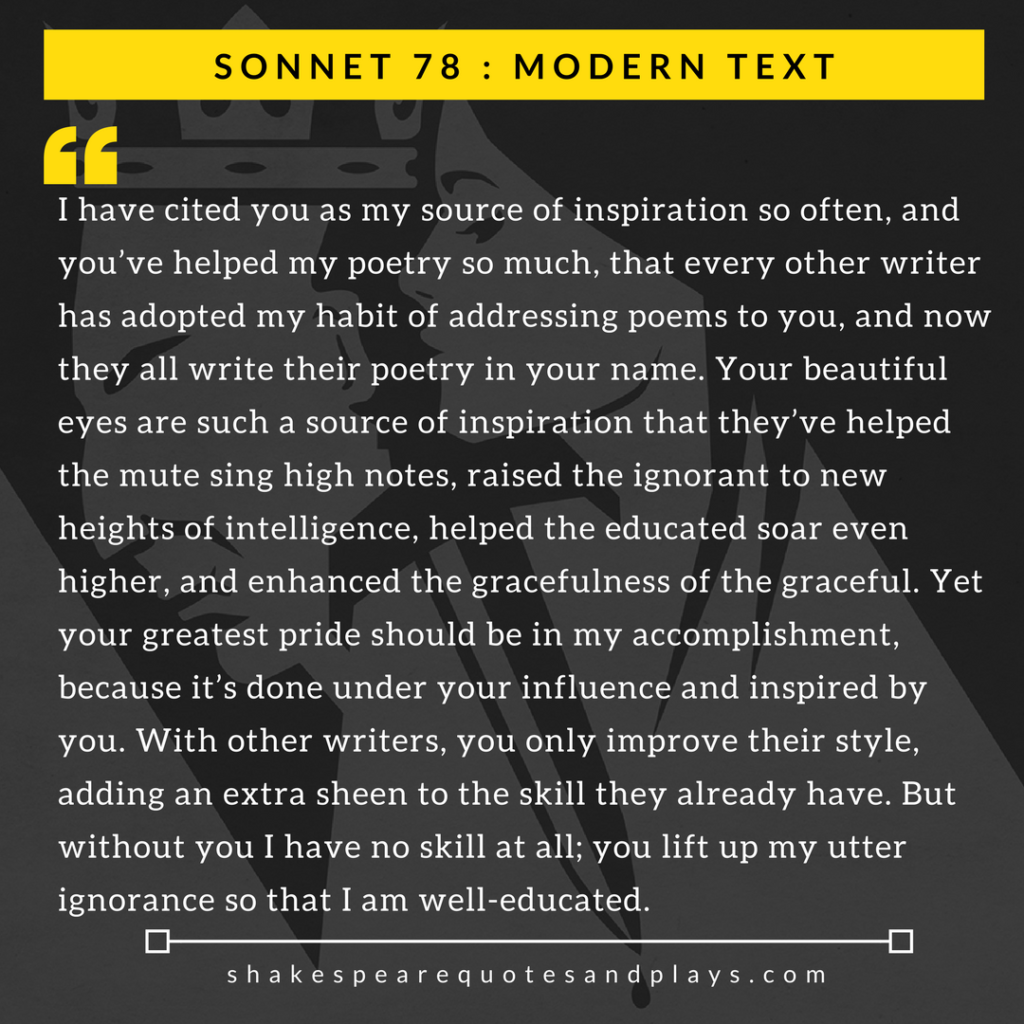 Shakespeare tells the fair lord that he has used him several times as his muse or inspiration “So oft have I invoked thee for my muse” and has also received a lot of assistance in that regard. “found such fair assistance” In doing so other writers also have started copying the poet “every alien pen hath got my use” by addressing their poems to the fair lord and in his name they write their poetry “under thee their poesy disperse”

The poet says the youth’s eyes are a constant source of inspiration that even the dumb sing high notes “Thine eyes, that taught the dumb on high to sing,” with their ignorance being raised to new levels of intelligence. “And heavy ignorance aloft to fly, “Where even the learned people soar higher in excellence “Have added feathers to the learnèd’s wing “and the graceful become more graceful “And given grace a double majesty.”

But then he says the youth should be proud “Yet be most proud “of his poetry only “of that which I compile” who has been influenced only by the fair youth “Whose influence is thine” and was conceived because of the youth. “and born of thee.”Other poet’s verses “In others’ works” are only improved and add a bit of improvement in their skill

But in his poetry, the poet says is his art which is everything to him “But thou art all my art,” and the fair youth helps him improve “and dost advance” he has no skill at all and the inspiration of the youth is what improves his ignorance to make him more intelligent. “As high as learning my rude ignorance.”