Shakespeare Sonnet 69 Analysis, Those parts of thee that the world’s eye doth view 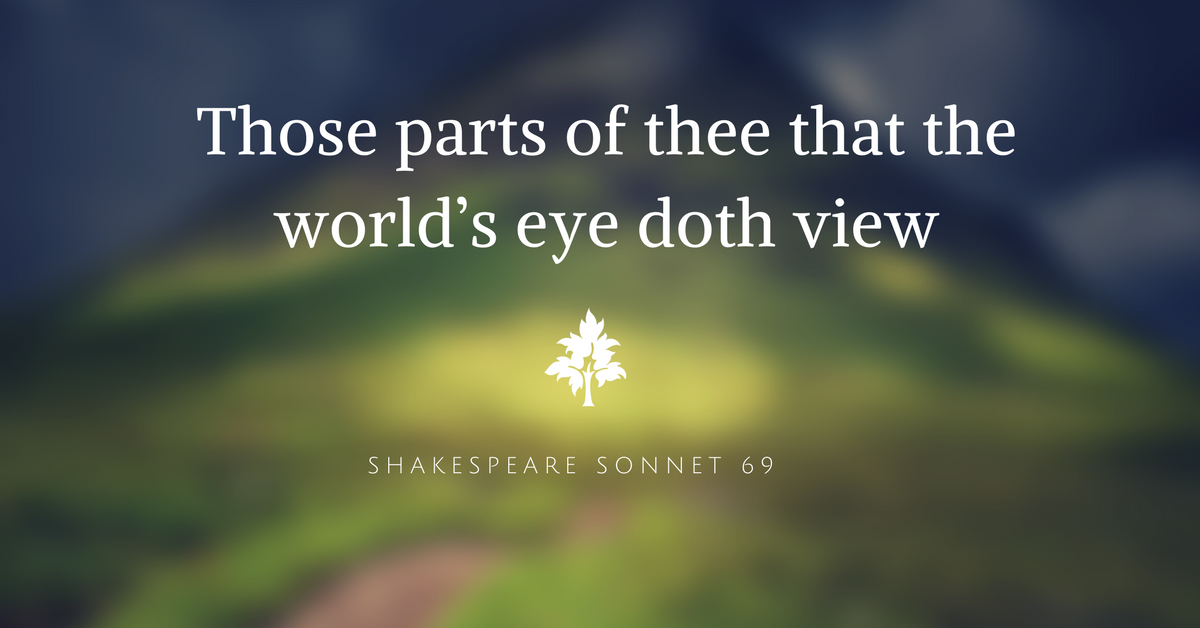 Those parts of thee that the world’s eye doth view
Want nothing that the thought of hearts can mend.
All tongues, the voice of souls, give thee that due,
Utt’ring bare truth, ev’n so as foes commend.
Thy outward thus with outward praise is crowned;
But those same tongues that give thee so thine own
In other accents do this praise confound
By seeing farther than the eye hath shown.
They look into the beauty of thy mind,
And that in guess they measure by thy deeds;
Then, churls, their thoughts (although their eyes were kind)
To thy fair flower add the rank smell of weeds;
But why thy odor matcheth not thy show,
The soil is this, that thou dost common grow.
–WIKI 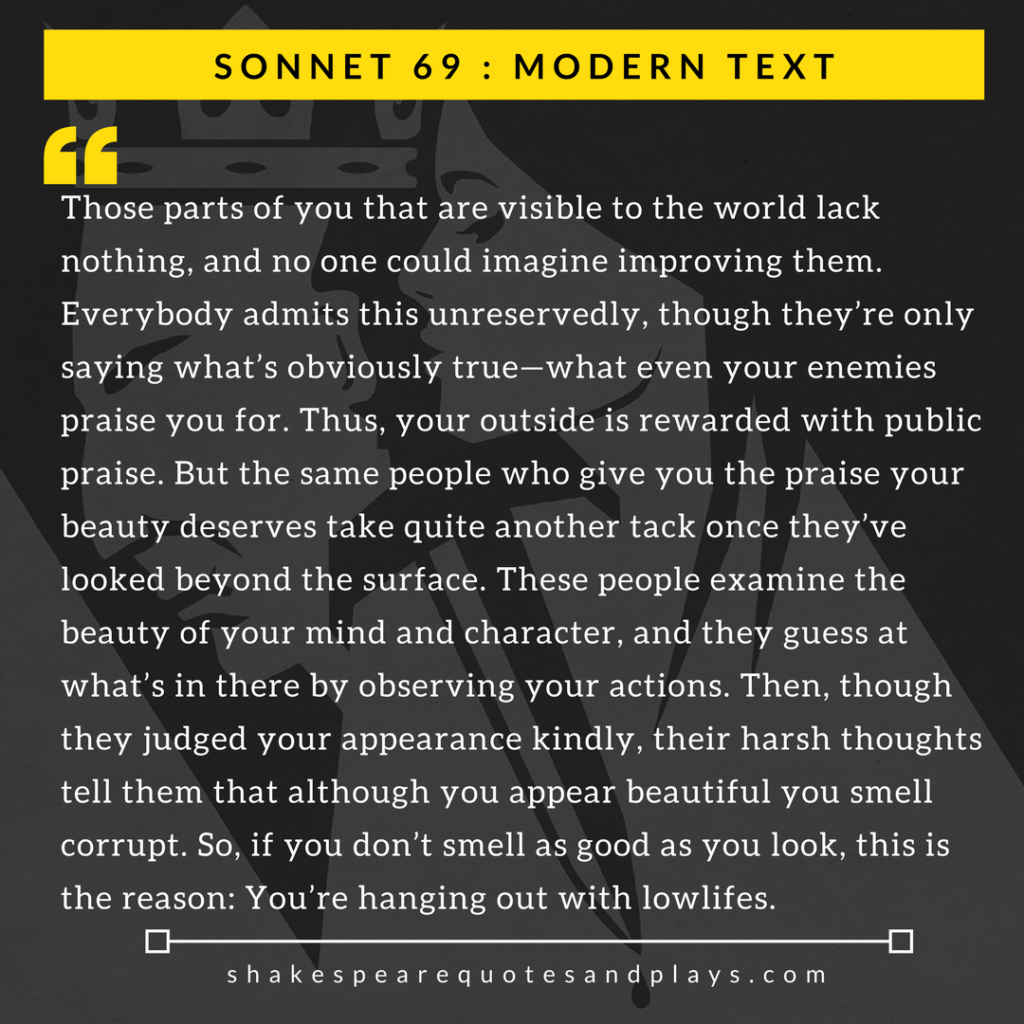 The poet says that the external looks of the fair lord “Those parts of thee” which are visible to the world “that the world’s eye doth view” are perfect and lack nothing “Want nothing”so the world can’t not even think of improving them. “The thought of hearts can mend.” Every person admits it as a confession “All tongues, the voice of souls” because its true “Utt’ring bare truth” and even enemies admit and praise the youth “ev’n so as foes commend”

His external beauty “Thy outward “thus invites a lot of praise from the public, “with outward praise is crowned” but the same people “But those same tongues “who praise the youth in the way that he deserves “that give thee so thine own” will adopt a different strategy “In other accents do this praise confound”and also look beyond the external features of the youth By seeing farther than the eye hath shown.”

They will explore his mind, “They look into the beauty of thy mind, “personality and character “And that in guess” and judge him by the deeds “they measure by thy deeds;”

that he has done and though earlier they may have praised him for his looks, they thoughts will grow harsh and change “Then, churls, their thoughts” saying that the youths fair outwards appearance “To thy fair flower” is tainted internally because he is corrupt “add the rank smell of weeds”

The poet then asks the fair lord why does his nature and character not match his beauty, “But why thy odor matcheth not thy show,” it is because if he mixes with low standard people, they will influence him to become like them “The soil is this, that thou dost common grow.”