Shakespeare Sonnet 68 Analysis, Thus is his cheek the map of days outworn 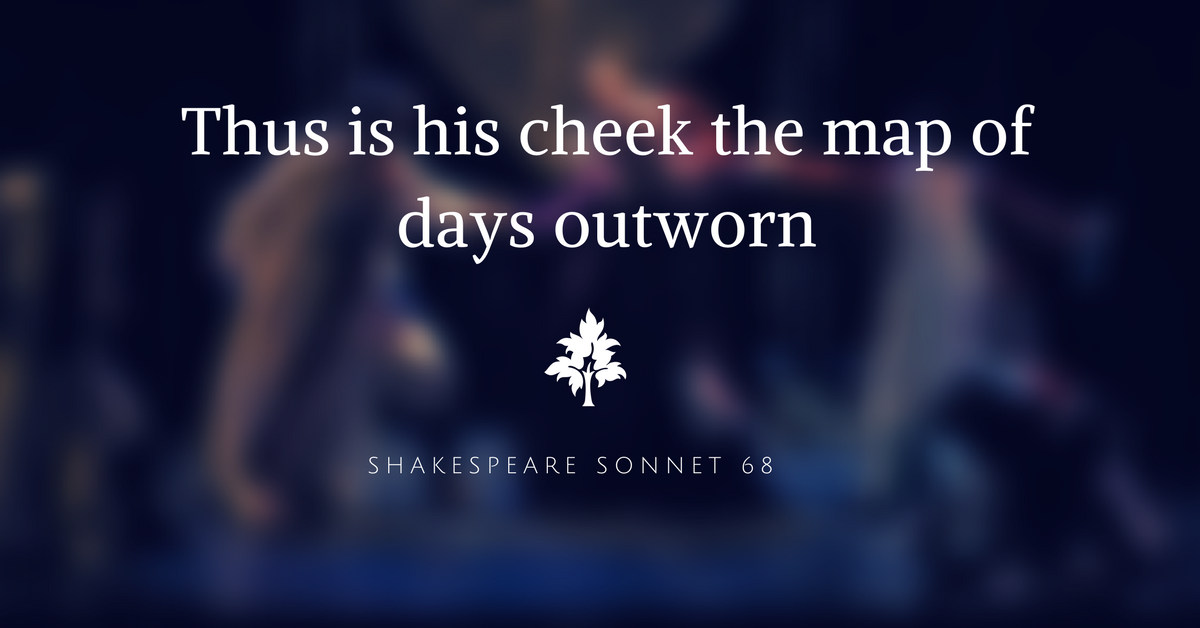 Thus is his cheek the map of days outworn,
When beauty lived and died as flow’rs do now,
Before these bastard signs of fair were born,
Or durst inhabit on a living brow;
Before the golden tresses of the dead,
The right of sepulchers, were shorn away,
To live a second life on second head;
Ere beauty’s dead fleece made another gay.
In him those holy ántique hours are seen,
Without all ornament, itself and true,
Making no summer of another’s green,
Robbing no old to dress his beauty new;
And him as for a map doth nature store,
To show false art what beauty was of yore.
–WIKI 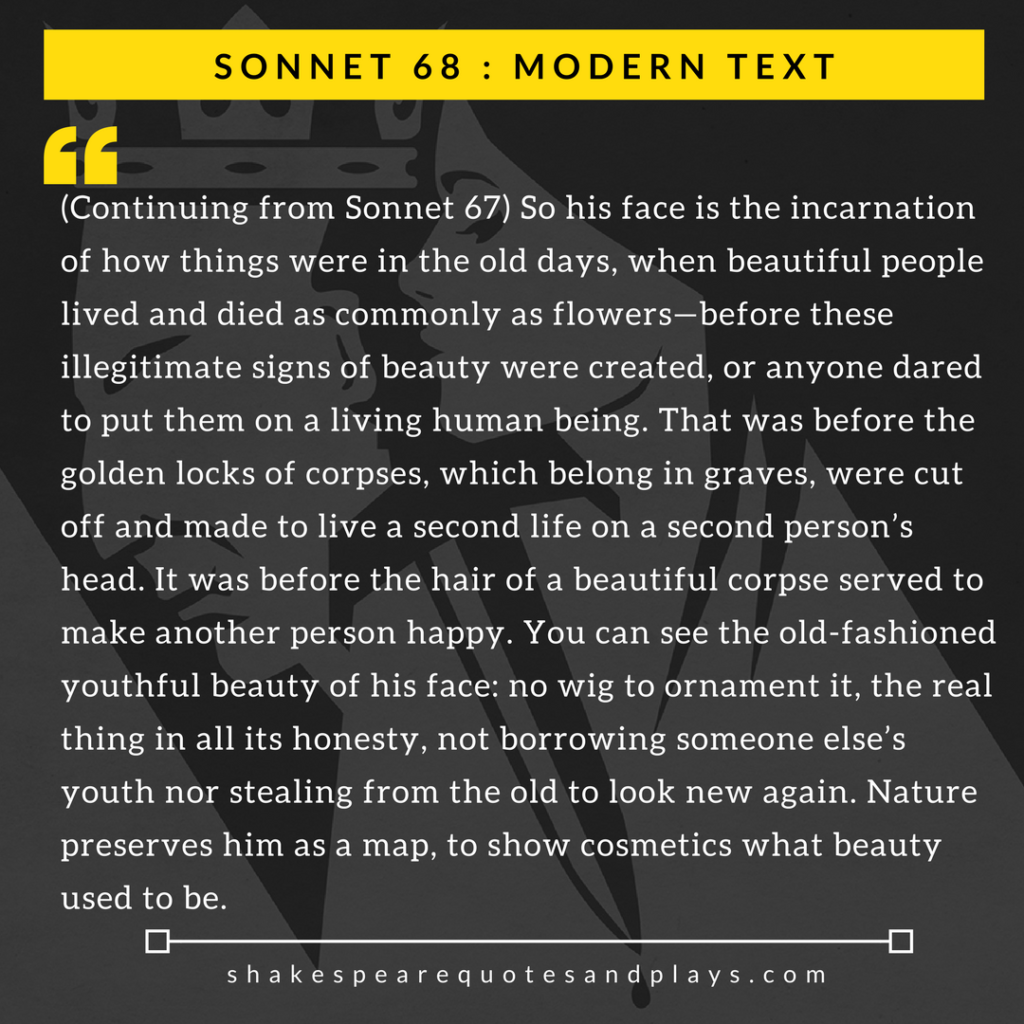 The poet says that his face “Thus is his cheek” is the incarnation or reflection of how days that have past “the map of days outworn” at a time when beautiful people lived and died “When beauty lived and died” like the present flowers, “as flow’rs do now,” at a time before illegitimate impersonations “Before these bastard signs” of beauty were born “of fair were born,” or even dared to put such bad looks on a human being. “Or durst inhabit on a living brow”

Before the beautiful golden locks of hair were cut from the dead “golden tresses of the dead, “before they could be buried in graves “right of sepulchers” so that they could be used and given a second life “live a second life” as a wig on someone else’s head “on second head;”and when the hair of a dead person “Ere beauty’s dead fleece” made someone else happy “made another gay”

In the fair youth’s face can be seen the reflection of those aged days “In him those holy antique hours are seen, “where without makeup and jewelry, “Without all ornament” faces looked beautiful “itself and true,” and not borrowing someone else’s youth to look beautiful “Making no summer” nor robbing old people of their wealth to look good again “Robbing no old to dress his beauty new”

This is why in the fair youth’s beauty; nature stores a map or record “him as for a map doth nature store “to show the imitation and false artists how beauty actually looked before “To show false art what beauty was of yore.”