Shakespeare Sonnet 66 Analysis, Tired with all these, for restful death I cry 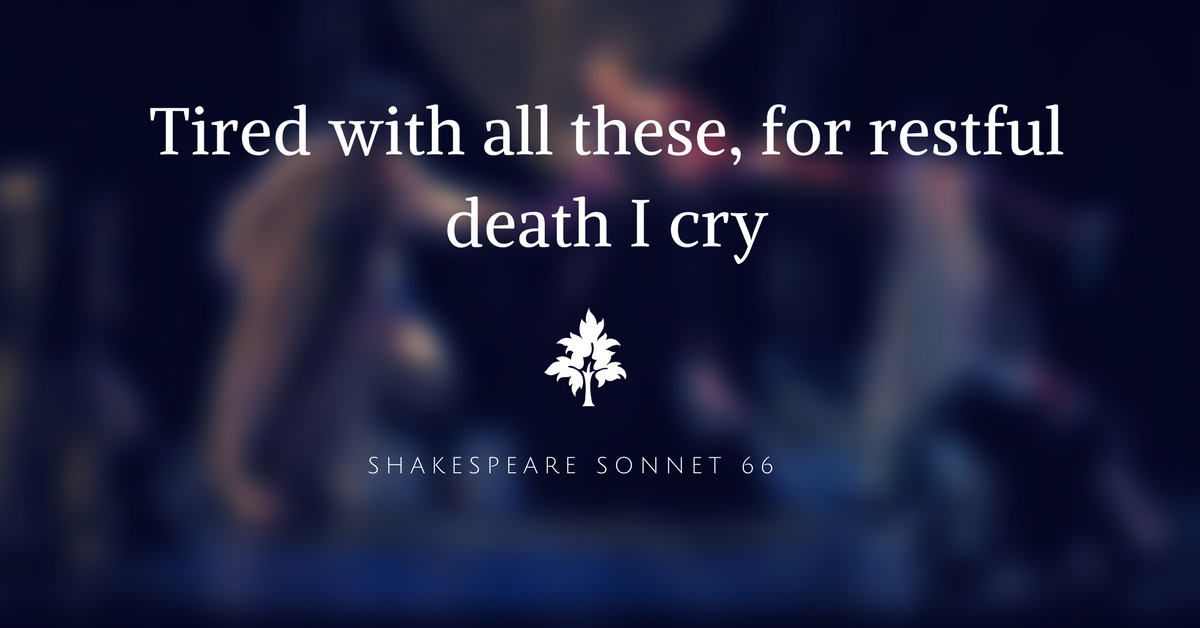 Tired with all these, for restful death I cry,
As to behold desert a beggar born,
And needy nothing trimmed in jollity,
And purest faith unhappily forsworn,
And gilded honor shamefully misplaced,
And maiden virtue rudely strumpeted,
And right perfection wrongfully disgraced,
And strength by limping sway disablèd,
And art made tongue-tied by authority,
And folly, doctor-like, controlling skill,
And simple truth miscalled simplicity,
And captive good attending captain ill.
Tired with all these, from these would I be gone,
Save that to die, I leave my love alone.
–WIKI 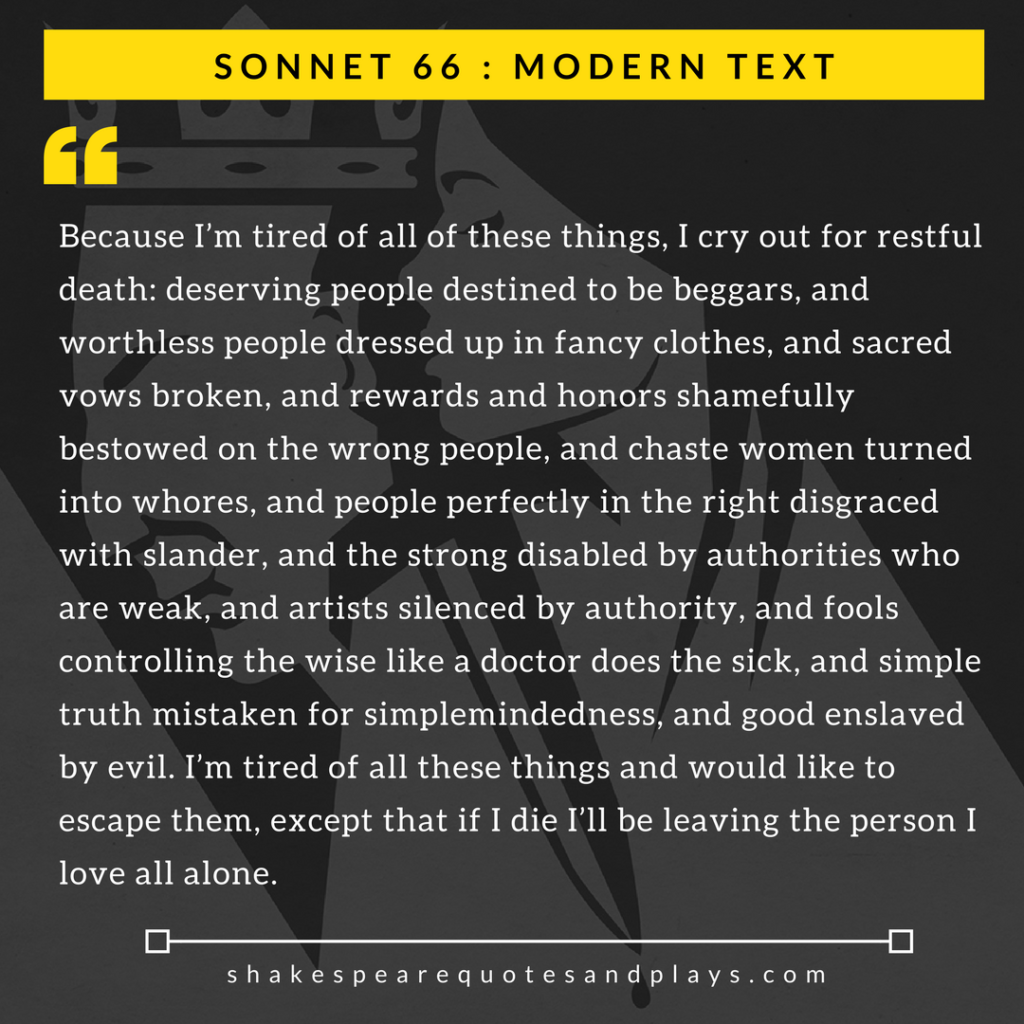 The poet says he is tired of everything “Tired with all these” which makes him wish for death to rest forever, “for restful death I cry,” he does not like seeing deserving people become poor beggars “behold desert a beggar born” and those who are rich and need nothing are dressed in fancy clothes “a needy nothing trimmed in jollity” and people’s faith and sacred vows easily broken “purest faith unhappily forsworn”

He says that honors are bestowed on those who don’t deserve them “honor shamefully misplaced,” which is shameful and women who are supposedly chaste act like vulgar compromised women or prostitutes, “maiden virtue rudely strumpeted,” those who are innocent are slandered and wrongly disgraced “right perfection wrongfully disgraced “and strong people are disabled by weak authority “strength by limping sway disablèd,”

Artists are subdued by corrupt authorities “art made tongue-tied by authority” and the stupid are in control of the wise people like a doctor over the sick “folly, doctor-like, controlling skill, “and the truth is regarded as simplicity “simple truth miscalled simplicity” and simple-mindedness and the good are held captive by people who are evil “captive good attending captain ill.”

And since he is tired of seeing such things, “Tired with all these” he wishes he was gone, “from these would I be gone, “except that if he did die then he would end up leaving his love the fair youth alone “Save that to die, I leave my love alone.”