Shakespeare Sonnet 44 Analysis, If the dull substance of my flesh were thought 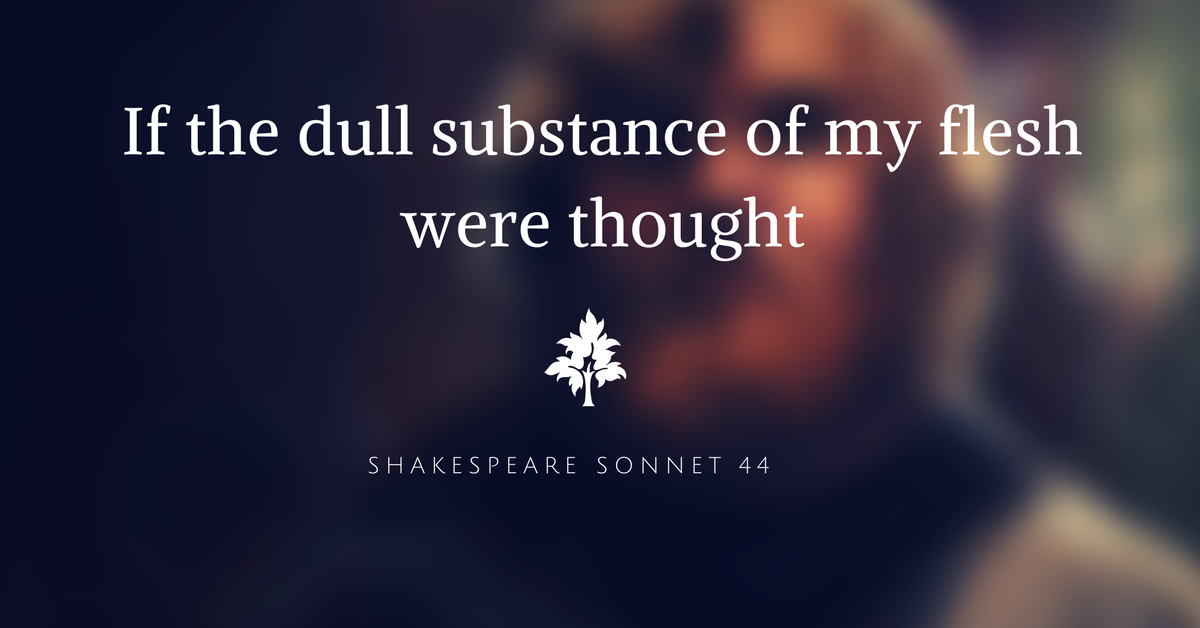 This is a short summary of Shakespeare sonnet 44. Continue reading for complete analysis and meaning in the modern text. For the complete list of 154 sonnets, check the collection of Shakespeare Sonnets with analysis.

If the dull substance of my flesh were thought,
Injurious distance should not stop my way;
For then, despite of space, I would be brought
From limits far remote where thou dost stay.
No matter then although my foot did stand
Upon the farthest earth removed from thee,
For nimble thought can jump both sea and land
As soon as think the place where he would be.
But ah, thought kills me that I am not thought
To leap large lengths of miles when thou art gone,
But that so much of earth and water wrought,
I must attend time’s leisure with my moan,
Receiving naughts by elements so slow
But heavy tears, badges of either’s woe.
WIKI 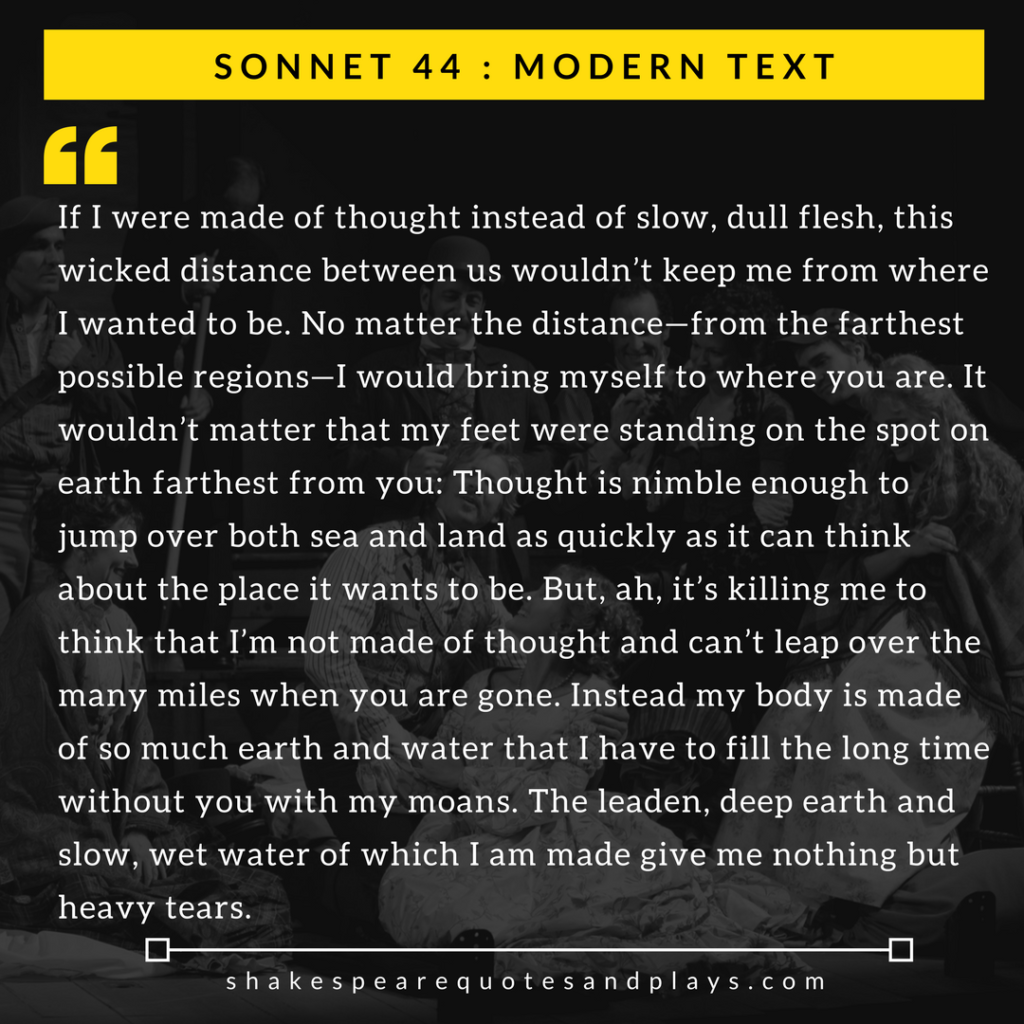 The poet says if his body “If the dull substance of my flesh “were made of thoughts “were thought” alone instead of flesh, then there would be no distance “Injurious distance” to keep him from being wherever he wanted to be “not stop my way” Even if the distance were great “limits far remote” the poet would be able to take himself wherever his friend would be “where thou dost stay”

And regardless “No matter then” if his feet stood “my foot did stand” at the farthest distance “Upon the farthest earth” from his friend, “removed from thee” thoughts are light enough “For nimble thought” to be carried over seas and land “can jump both sea and land” as fast as a person thinks “As soon as think” where he may want to be “where he would be”

it makes him sad to realize “thought kills me” that he isn’t made up of thoughts “I am not thought”, and does not possess the ability to travel across the distance “leap large lengths of miles” between him and his friend “when thou art gone”, and that his body like every living thing is made up of the elements of earth and water “so much of earth and water wrought,” that he has to spend this time of absence from his friend by moaning “attend time’s leisure with my moan”

The fact that his body is made up of heavy earth and slow water “Receiving nought by elements so slow” gives him nothing but tears which are symbols of each other’s sadness “heavy tears, badges of either’s woe.”