Shakespeare Sonnet 43 Analysis, When most I wink, then do mine eyes best see 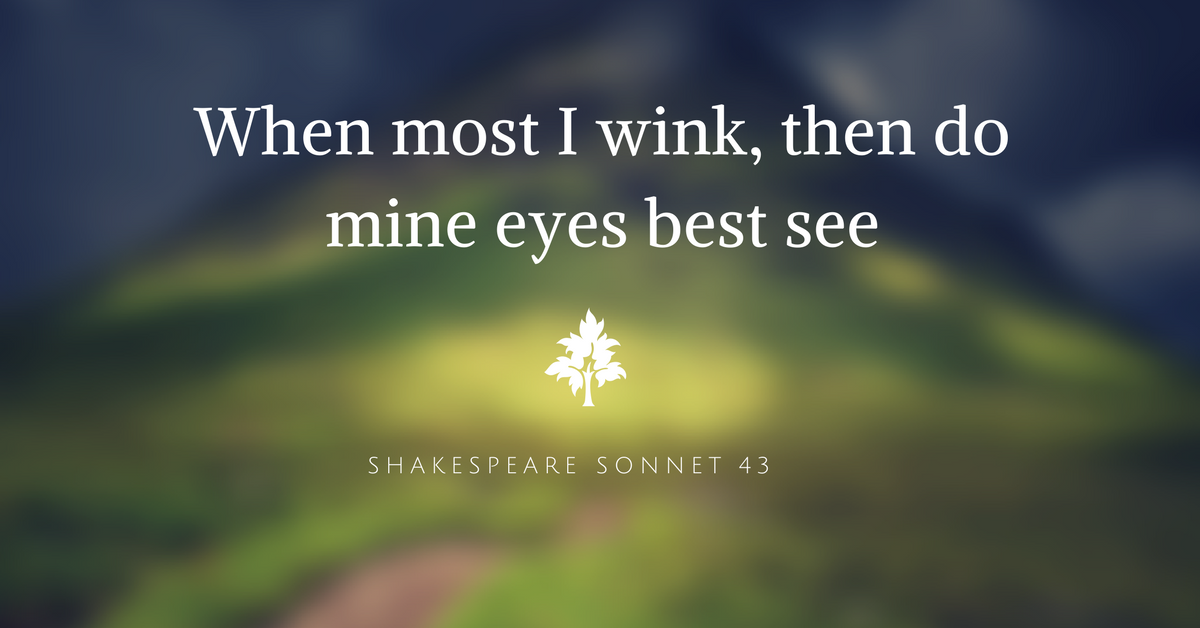 This is a short summary of Shakespeare sonnet 43. Continue reading for complete analysis and meaning in the modern text. For the complete list of 154 sonnets, check the collection of Shakespeare Sonnets with analysis.

When most I wink, then do mine eyes best see,
For all the day they view things unrespected;
But when I sleep, in dreams they look on thee,
And, darkly bright, are bright in dark directed.
Then thou, whose shadow shadows doth make bright—
How would thy shadow’s form form happy show
To the clear day with thy much clearer light,
When to unseeing eyes thy shade shines so?
How would, I say, mine eyes be blessèd made
By looking on thee in the living day,
When in dead night thy fair imperfect shade
Through heavy sleep on sightless eyes doth stay?
All days are nights to see till I see thee,
And nights bright days when dreams do show thee me.
WIKI 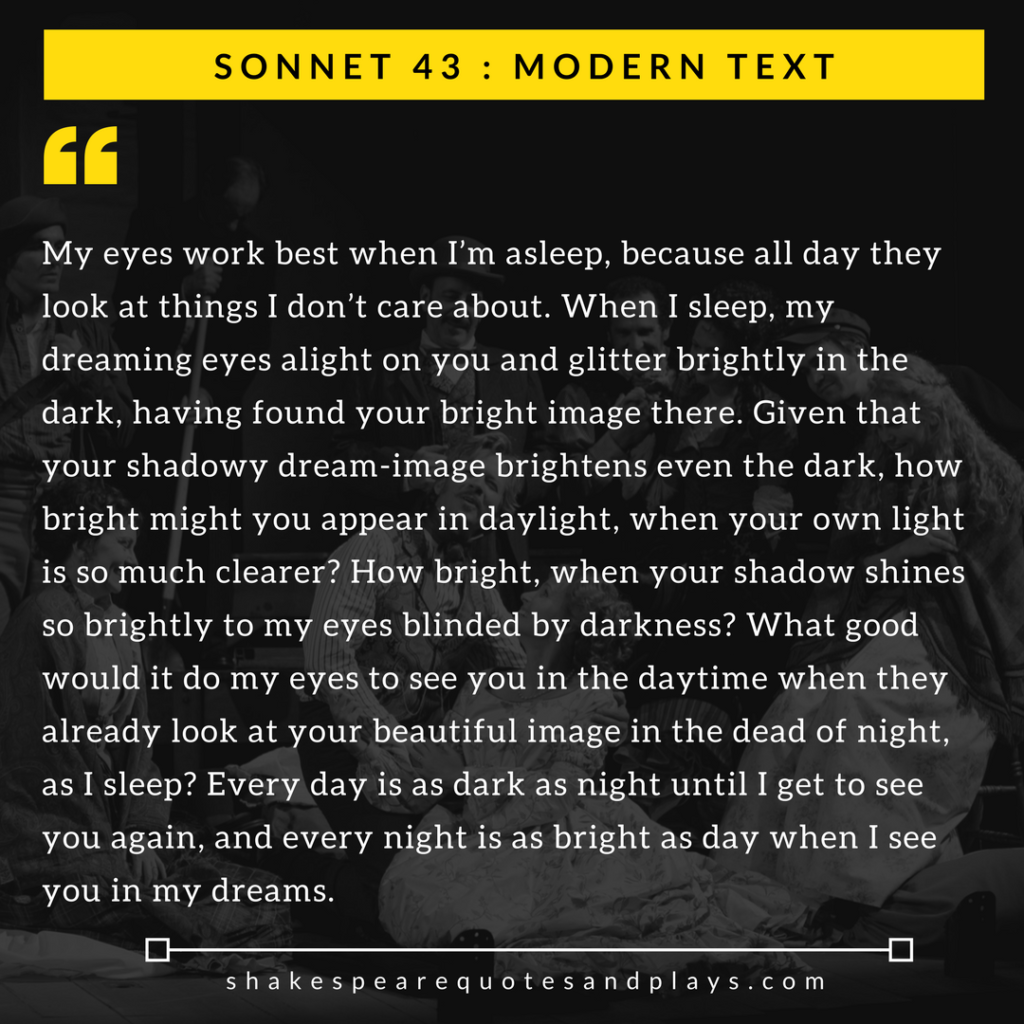 The poet says when he is asleep, “When most I wink” that is the time he sees best “mine eyes best see” since his eyes see useless things during the day “view things unrespected;” because in his dreams he sees his friends the fair youth “in dreams they look on thee” saying that in his dreams his eyes shine in the dark because of the friend’s bright image” bright in dark directed” and even his shadow shines enough and brightens up the darkness “ shadows doth make bright,”

He asks that since his shadow lights up in the dark, how much more brightly will it shine “how would thy shadow’s form happy show” during the day and that the friend’s light is even clearer than daylight “clear day with thy much clearer light,” and even to the unseeing eye “to unseeing eyes” it shines just as bright “thy shade shines so!”

He questions the value of his eyes being blessed “would, I say, mine eyes be blessed” by his friend’s image “By looking on thee” in the daytime “in the living day,” when in the middle of the night, “When in dead night” the light of his friend’s shadow “thy fair imperfect shade” is always in the view of his closed eyes during sleep “heavy sleep on sightless eyes”

He says that every day to him is like dark night “All days are nights” until he gets to see the friend again “till I see thee” and only when the night comes “nights bright days” does everything seem bright like the day because he sees the friend in his dreams “dreams do show thee me”.