Shakespeare Sonnet 32 Analysis, If thou survive my well-contented day 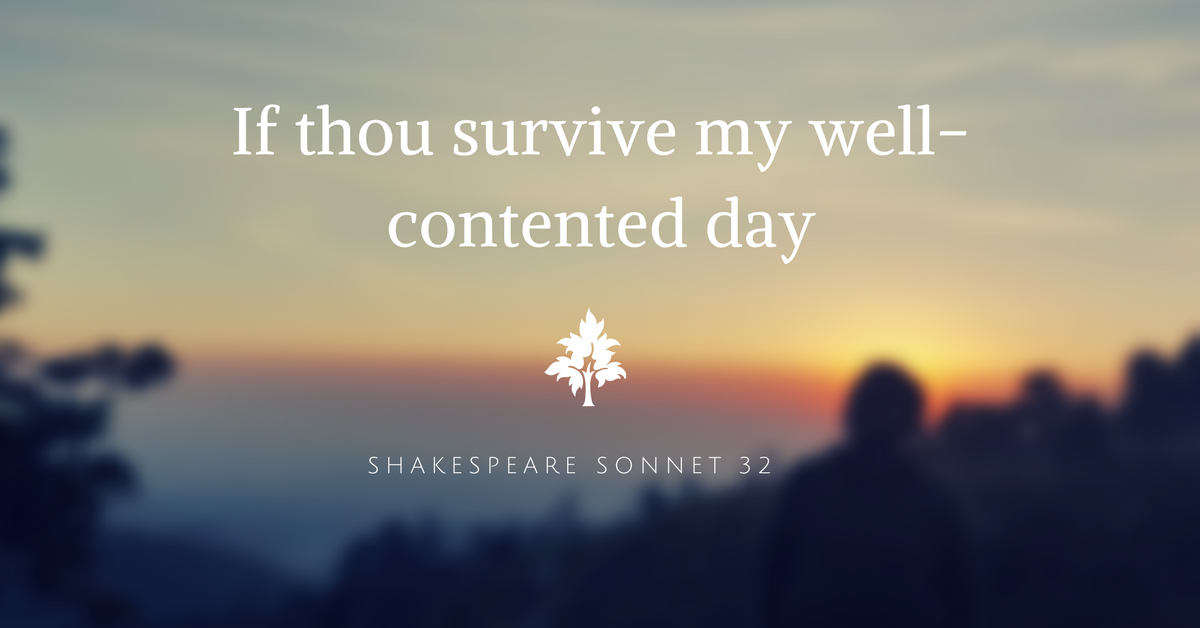 This is a short summary of Shakespeare sonnet 32. Continue reading for complete analysis and meaning in the modern text. For the complete list of 154 sonnets, check the collection of Shakespeare Sonnets with analysis.

If thou survive my well-contented day,
When that churl death my bones with dust shall cover,
And shalt by fortune once more re-survey
These poor rude lines of thy deceasèd lover,
Compare them with the bett’ring of the time,
And though they be outstripped by every pen,
Reserve them for my love, not for their rhyme,
Exceeded by the height of happier men.
O then vouchsafe me but this loving thought:
“Had my friend’s muse grown with this growing age,
A dearer birth than this his love had brought
To march in ranks of better equipage.
But since he died and poets better prove,
Theirs for their style I’ll read, his for his love.”
WIKI 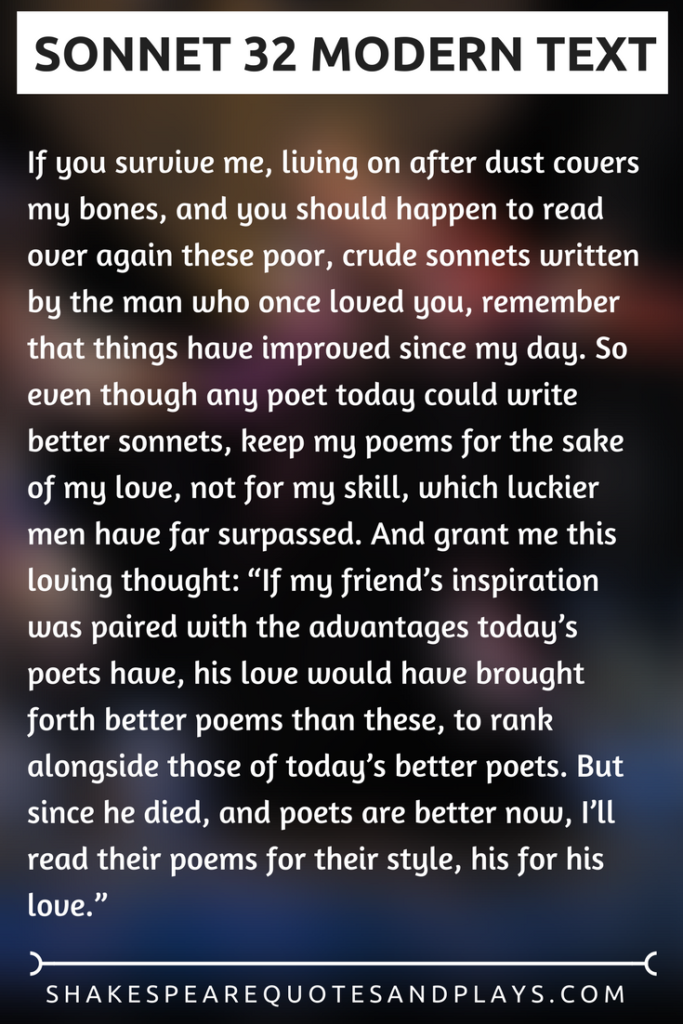 The poet addresses his friends saying if he lives longer than the poet “survive my well-contented day” who will be dead and buried “my bones with dust shall cover”, and if by chance he comes across the poet’s poems “once more re-survey” comparing them to a poor standard of writing “poor rude lines”

He tells his friend to compare his poems “Compare them” with the improvements of the present day “bettering of the time” where poetry and poets have improved “outstripp’d by every pen”, and regard them as declarations of love “Reserve them for my love” rather than words of skilled poetry “for their rhyme” where happier men written better “Exceeded by the height of happier men”.

The poet asks to be granted one loving thought “vouchsafe me but this loving thought” that his friend should regard the fact that if his inspiration combined with the skill of the modern poets, “Muse grown with this growing age,” then he would have produced better poetry “dearer birth” like modern poets “march in ranks” But, since he is dead “since he died,” and cannot be as good, his friends should read his poems for the sake of love instead “I’ll read, his for his love.’