Shakespeare Sonnet 30 Analysis, When to the sessions of sweet silent thought 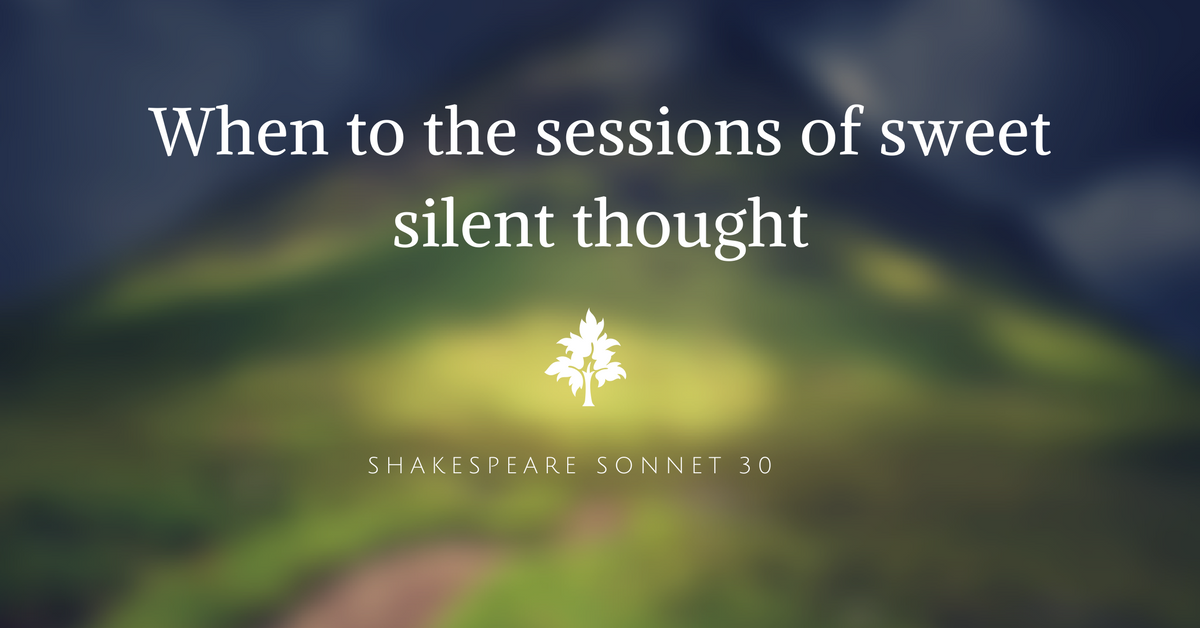 This is a short summary of Shakespeare sonnet 30. Continue reading for complete analysis and meaning in the modern text. For the complete list of 154 sonnets, check the collection of Shakespeare Sonnets with analysis.

When to the sessions of sweet silent thought
I summon up remembrance of things past,
I sigh the lack of many a thing I sought,
And with old woes new wail my dear time’s waste.
Then can I drown an eye unused to flow,
For precious friends hid in death’s dateless night,
And weep afresh love’s long since cancelled woe,
And moan th‘ expense of many a vanished sight.
Then can I grieve at grievances foregone,
And heavily from woe to woe tell o’er
The sad account of fore-bemoanèd moan,
Which I new pay as if not paid before.
But if the while I think on thee, dear friend,
All losses are restored, and sorrows end.
WIKI

When the poet is alone and deep in thought, “sessions of sweet silent thought” he starts conjuring up past memories “summon up remembrances things past,” He regrets not achieving many things “lack of many a thing I sought” which adds new sadness to his old grief “old woes new wail” because of the valuable time he has wasted “my dear time’s waste:”

He then asks to be allowed to cry “can I drown an eye” which is something he is not used to “unused to flow” so he can grieve over old friends “precious friends” who have died unexpectedly in death’s dateless night,” and cry again “weep afresh “over love that he lost ages ago “for many a vanished sight

He asks if he can mourn about losses he let go “can I grieve at grievances foregone” and recollect all the sad moments again “woe to woe tell o’er” he has cried about in the past, “fore-“bemoaned moan” to feel again “which I new pay” the pain of past sadness despite having suffered for them already new “pay as if not paid before.”

But in such depressed moments, if he thinks of his friend, as while I think on thee, his mood is happier and his broken heart heals “wounds are healed, his sadness vanishes sorrows come to an end.