Shakespeare Sonnet 23, As an unperfect actor on the stage 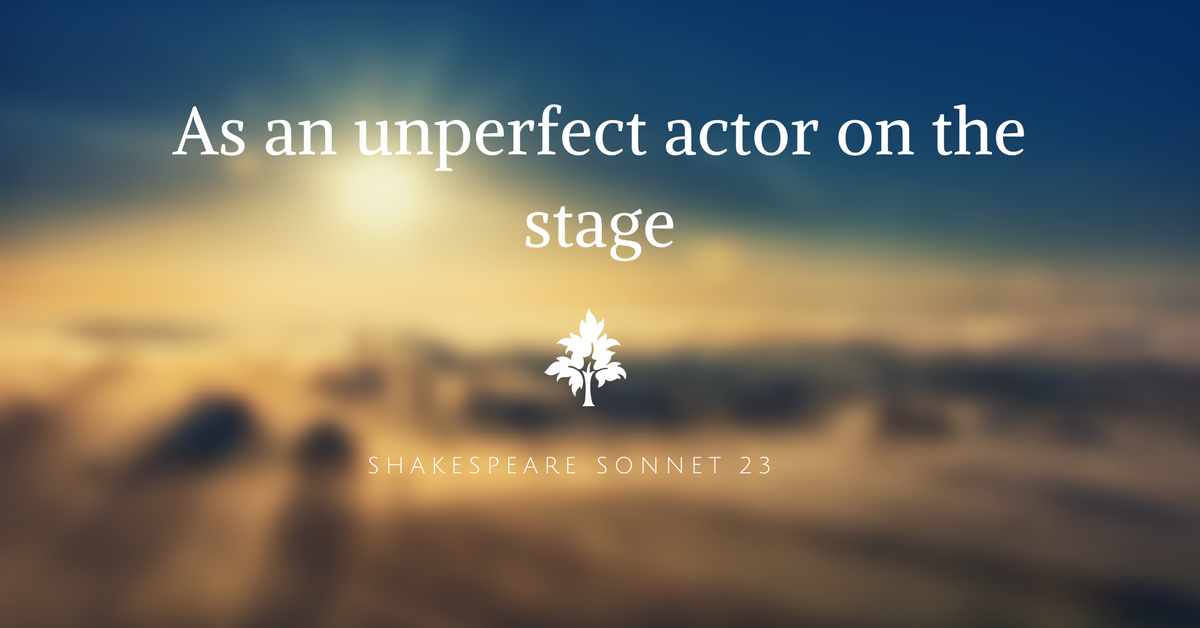 This is a short summary of Shakespeare sonnet 23. Continue reading for complete analysis and meaning in the modern text. For the complete list of 154 sonnets, check the collection of Shakespeare Sonnets with analysis.

As an unperfect actor on the stage,
Who with his fear is put besides his part,
Or some fierce thing replete with too much rage,
Whose strength’s abundance weakens his own heart;
So I, for fear of trust, forget to say
The perfect ceremony of love’s rite,
And in mine own love’s strength seem to decay,
O’ercharged with burden of mine own love’s might.
O let my books be then the eloquence
And dumb presagers of my speaking breast,
Who plead for love and look for recompense
More than that tongue that more hath more expressed.
O learn to read what silent love hath writ!
To hear with eyes belongs to love’s fine wit.
WIKI

Shakespeare says he is tongue-tied in professing his love for the youth like a novice actor “imperfect actor on the stage”, forgetting his lines “put beside his part”. He compares the same feeling to something fierce “some fierce thing” which when extremely angry “too much rage”, can’t express itself clearly because the anger weakens its heart “weakens his own heart”.

He requests to let his looks and actions of love “let my looks” replace his inability and become a silent sign “dumb presagers” of his heart “of my speaking breast” that begs for love “plead for love” to be returned “look for recompense”. His actions will speak better than his words “More than that tongue”.