Shakespeare Sonnet 17, Who will believe my verse in time to come 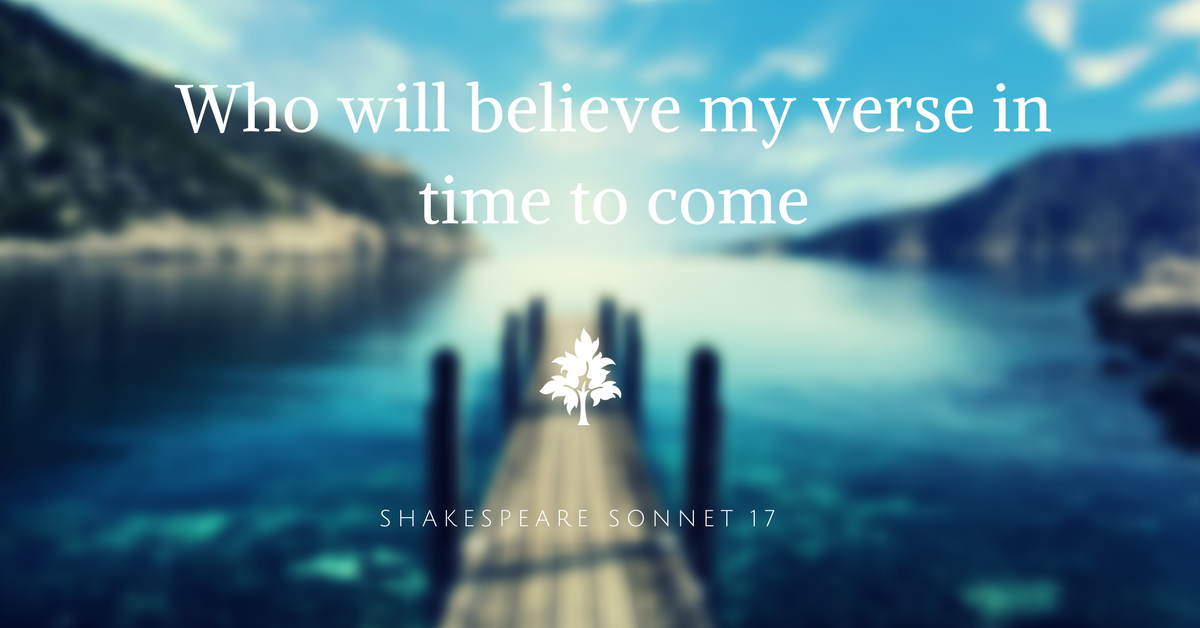 Who will believe my verse in time to come
If it were filled with your most high deserts?
Though yet heav’n knows it is but as a tomb
Which hides your life and shows not half your parts.
If I could write the beauty of your eyes
And in fresh numbers number all your graces,
The age to come would say, “This poet lies—
Such heavenly touches ne’er touched earthly faces.”
So should my papers, yellowed with their age,
Be scorned, like old men of less truth than tongue,
And your true rights be termed a poet’s rage
And stretchèd meter of an ántique song;
But were some child of yours alive that time,
You should live twice: in it and in my rhyme.

Shakespeare asks the youth who will believe his poems “who will believe my verse” about the youth in future “in time to come “despite containing the highest praise. His poetry is like a tomb “it is but as a tomb” enshrining the youth’s name without describing his qualities, “shows not half your parts”.

if the poet could write about the youth’s beauty “ beauty of your eyes”, using the correct verses, “number all your graces” people reading it in future “age to come would say” would not believe it and call the poet a liar “this poet lies” because someone so heavenly cannot exist on earth “ne’er touch’d earthly faces.’

He says his poems will also grow old with age “yellow’d with their age,” and be disregarded like old men who speak everything except the truth “men of less truth than tongue”. The poems of the youth “your true rights” will be regarded as the ranting of a mad poet singing ancient songs “meter of an ántique song”

But he ends by saying if the youth got a child to carry on his lineage “child of yours alive that time” then his name would live on twice, in his descendants and his poems “in it and in my rhyme.”