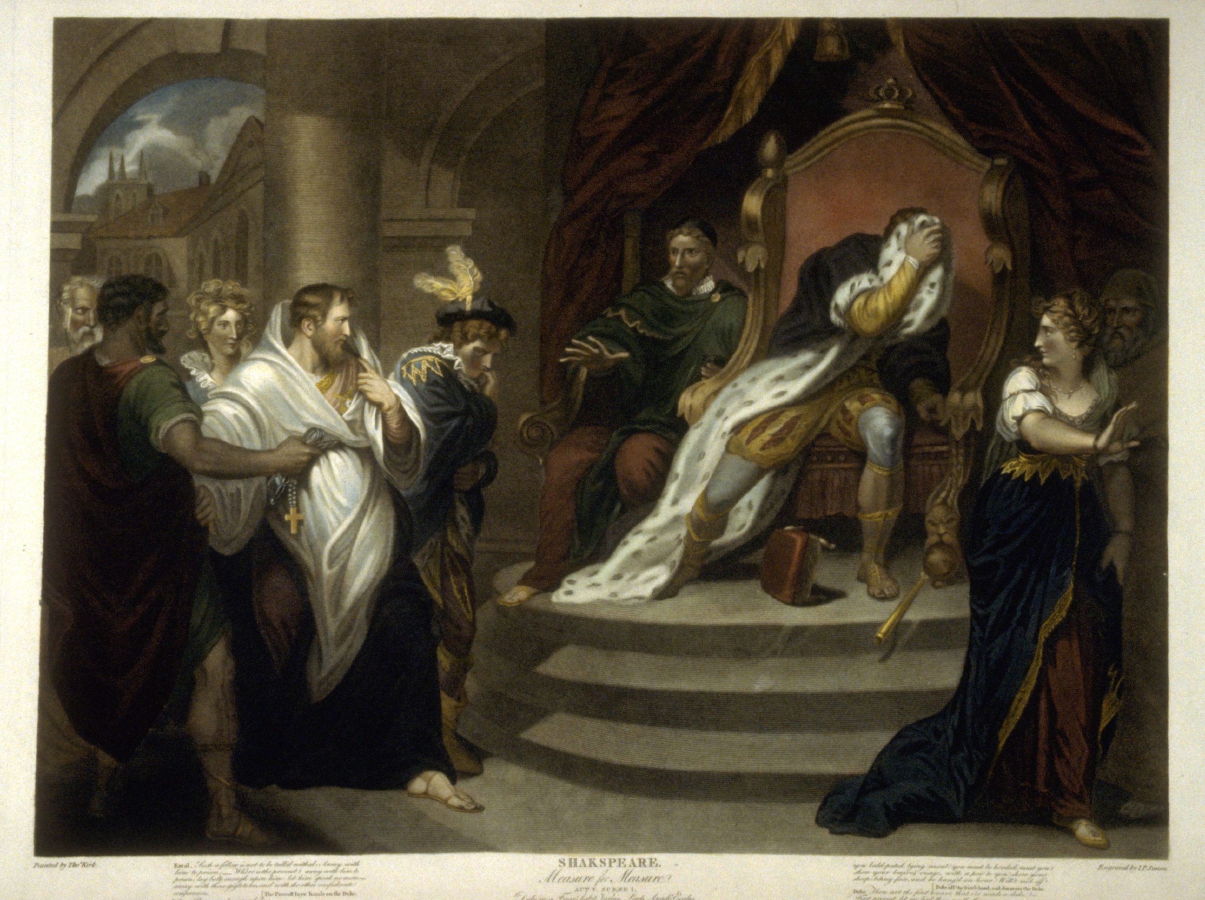 The Act 1 of the Shakespeare play Measure for Measure introduces all the major character of the play including Duke, Angelo, Isabella, Claudio etc. We got to know that Duke wants to leave the city because his people are spolied. He wants Angelo to take his position in his absence and bring the people of Vienna on right track. We further get to know that the Duke doesn’t intent to leave the town and it is his hidden mission either to spy on Angelo or to see his people reaction during Angelo’s rule. The ACT1 of measure for measure also discloses the type of people and activities in Vienna. We got to know that their are several brothels in Vienna and the people over there enjoys the leniency and are not law abiding. We will cover Measure for Measure summary thoroughly and will discuss and analyse each scene in details.

The scene starts with Duke of Vienna, being worried with citizen’s attitude, and he thinks that they are spoiled. He further revealed his plan to leave the city for a break and wants Angelo to take his position in the mean time. Escalus, one of Duke’s counselor showed his agreement towards Duke’s decision. According to Escalus, Angelo is worthy enough to take this responsibility and manage it properly. The Duke of Vienna also have no doubt about Angelo’s ability to manage the kingdom. Angelo is quite humbled with all the compliments and praise and accepts the position of deputy. The Duke further announce that he must leave Vienna right now and conveyed his good wishes to Angelo in making the citizens of Vienna, abide by the laws and order of the state. He declines the offer of Angelo and Escalus in assisting him in his journey and he made his motivation of being alone clear. The scene closes with Duke’s departure and discussion of Angelo with Escalus regarding duties and responsibilities of the state.

The Duke of Vienna usage of words in the 1st scene of the play Measure for Measure discloses both his love and concern for the citizens of Vienna. He used terms like “we”, “Our people”, “Our city”, which displays his sense of responsibility and stature. The first impression one might get is that the ruler is incapable and thus he needs break and wants someone else to take the charge of the kingdom. But this is not true, because the Duke doesn’t leaves the town and stays their in disguise. The scene appears more a type of test for Angelo, than anything else. Its apparent that Angelo is unaware of Duke’s intentions. The action of Duke in letting out the kingdom in the hands of Angelo can have two possible reasons. One can be to test Angelo and another to show his ruling capability by running it through comparison test. Three major characters of Measure for Measure are introduced in the first scene of Act 1, the Duke of Vienna, Angelo and Escalus.

The scene starts with Lucio along-with two other citizens of Vienna are joking and making fun of their activities like visiting brothels. Mrs Overdone, who is the owner of one of such brothels enters the scene. She revealed that Claudio, their mutual acquaintance has been arrested for getting his fiancee pregnant. Upon hearing this, Lucio along with others left to know the reality behind Claudio’s arrest. Claudio, now enters the scene, guarded by officials. Claudio asks Lucio, to approach Isabella, his sister and let her know his plight. He expects Isabella, to use her intelligence and influence over Angelo, which he thinks would eventually result in his release.

The scene introduces the character of Lucio, Mrs Overdone, Claudio and Isabella. The scene discloses several vices of the city. The conversation between Lucio and other gentlemen justifies the words of Duke of Vienna, in scene 1. We are now clear about the nature of people staying in the city, we are also aware about the presence of lots of brothels in and around city.

The duke discloses his purpose to Friar Thomas. He revealed why he wants to stay there leaving everything in the hand of Angelo. He wants to keep an close eye on Angelo and his work. He further reveals that he gave power to Angelo because he wants his place to be cleaned from all the vices that has emerged due to his leniency. According to him, Angelo is the best person for this job, as he has no inclination towards temptation.

The scene introduces the intention of the Duke, the scene clearly shows the purpose of the duke behind being in disguise. Though we are not yet clear whether he wants to test Angelo or wants to bring his city on right track.