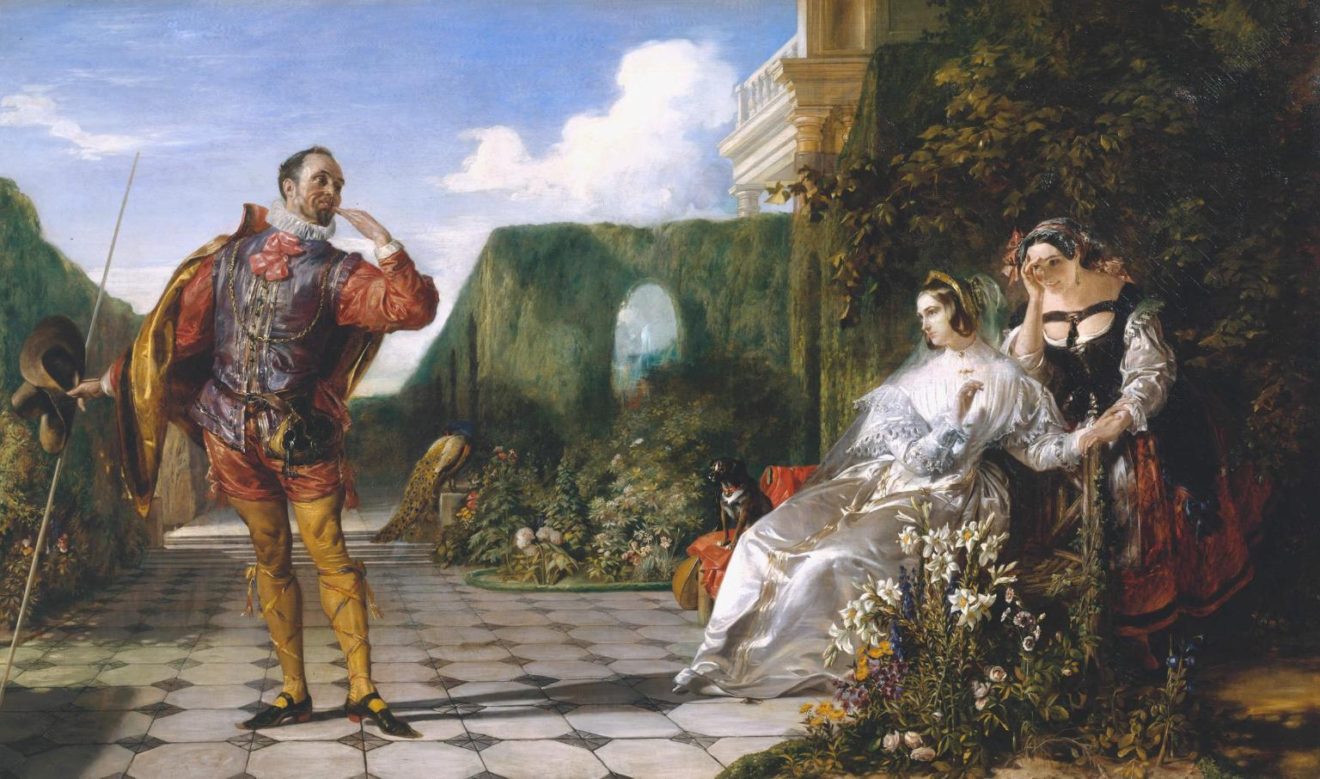 Confusion and Chaos reigns in the climax of the play as players end up blaming the twins for each other’s actions. Antonio on meeting Cesario asks him to return his wallet accusing him of betrayal. The audience learns that Antonio was previously a pirate and a wanted man in Illyria. He tells Orsino that Cesario was his companion for almost 3 weeks which confuses Orsino.

Olivia arrives on the scene addressing Cesario (Viola) as her husband accusing him of neglect. Orsino plans on punishing Cesario for betrayal too. Cesario (Viola) is accused of a third betrayal by Olivia who feels Cesario would rather be punished than escape with his wife.

It is in this scene that Shakespeare baffles his audience at the ambiguity of the duke’s statement planning to kill Cesario saying “ill sacrifice the lamb that I do love’’ (act v, i).  In that moment Sebastian arrives and everyone is amazed in wonder. The twins then recognize each other and Viola reveals her true identity to the Duke. The Duke then regards Olivia as a sister and takes viola instead to be his wife.

Meanwhile Malvolio shows Olivia her letter only to be confirmed by her that it is actually Maria’s handwriting and he has been fooled. Malvolio storms out in contempt of everyone. Feste the clown ends the play with a song.