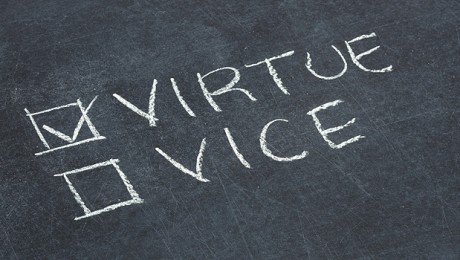 Poetic justice is employed by writers to make sure that good is rewarded and bad is punished at the end of the play. It is important to bring out the moral lessons from the play, because most of the audience, relates themselves with the good characters in the play, and they sympathize with their bad situation. It is expected that the good characters are compensated and the bad are punished accordingly, otherwise the play doesn’t delivers good lesson, and it leaves audience in trauma. In short Poetic Justice is a literary view that virtue wins and vice looses in long run.

Majority of Shakespeare’s play shows the victory of virtue over vice. Below are some examples.

Shakespeare’s play “Macbeth” shows the evilness of Macbeth, who murdered King Duncan and his friend Banquo. Macbeth was killed by Macduff, a noble supporter of Duncan who makes Macbeth ultimately pay for his evil deeds. This is the poetic justice meted out to Macbeth. There is a section of the audience who may sympathize with Macbeth because of his tragic flaw in character; however the majority would prefer seeing him pay for his murderous ways and evil ambitions.

In Shakespeare’s play Romeo and Juliet, the enmity between Montague and Capulet family finally comes to an end.